Additional support for BC first responders as fentanyl crisis grows 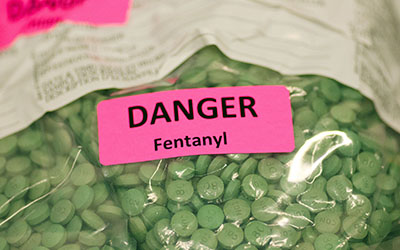 With the growing fentanyl crisis additional support is being provided to first responders through a series of fentanyl safety workshops being held across British Columbia in May in partnership with the Justice Institute of British Columbia (JIBC).

The workshops, developed by police leaders and drug experts, will take place May 3-4 in New Westminster at the JIBC campus, May 11-12 in Nanaimo, May 25-26 in Prince George and May 29-30 in Kelowna. Day one of each series of workshops will be open to all first responders, including police officers, paramedics and firefighters, and will focus on the dangers of fentanyl, how to identify and handle it safely. Day two will be restricted to law enforcement personnel and public safety investigators, and will cover topics including trends in fentanyl trafficking, investigations and prosecution strategies.

“With the B.C. public health emergency created by fentanyl growing, first responders across the province are increasingly at risk,” said Steve Schnitzer, director of the JIBC Police Academy. “These workshops across the province aim to provide the latest information to help keep our first responders safe, and  complement the other resources available, such as the fentanyl safety website (www.fentanylsafety.com) developed by the Institute.”

The workshops are free, thanks to the generous sponsorship of the Police Services Division within the Ministry of Public Safety & Solicitor General and the Civil Forfeiture Office of BC.

Quick facts, courtesy of the BC Coroners Service: