From awards and equipment to innovative programs, gifts help students learn how to be the one

JIBC’s President and CEO, Dr. Michel Tarko expressed his appreciation during the event to current and past members of The JIBC Foundation Board of Directors for their contributions over the past 25 years. He went on to recognize contributions from donors to justice and public safety training and education saying, “I also want to thank our donors from the bottom of my heart. It is impossible to overstate the difference you make through your gifts and generosity.”

Thanks to the generosity of donors, students currently benefit from more than 40 named awards annually.  One award recipient, Fire Fighting Technologies Certificate (FFTC) graduate Chantal MacLeod, spoke of her experience attending the Fire Fighting Workshop for Women, funded by donor Jessica Roberts, which encouraged her to enroll in the part-time FFTC program.

Chantal shared highlights from her time in the program, and also spoke about receiving financial assistance through the Jocelyn Roberts Memorial Award which helped pay tuition costs, and of being honoured to receive the Jon Baillie Memorial Award at her class celebration ceremony, for which she was selected by classmates and training officers. Chantal concluded by thanking all donors saying, “Thank you so much for helping me and students like myself discover the career path that we were meant for and receive the best training possible.”

Kathy Harms, Director of the Health Sciences Division, highlighted another important way donors help JIBC students through gifts that fund specialized equipment used in training which reflects what is used in work settings, such as a new power stretcher funded through JIBC’s 2019 Giving Tuesday Campaign.

JIBC’s Paramedic Academy has benefited from recent gifts to fund equipment from donors including the BC/Yukon Command of the Royal Canadian Legion Foundation, The Chilliwack Foundation, and multiple donors, including JIBC staff and faculty, who supported the Giving Tuesday campaign last December.

Donors also help make possible innovative programs such as the Indigenous Youth Career Camp, supported by RBC, that give participants a hands-on taste of different careers in justice and public safety. Two camps have been held so far, in 2017 and 2019, attended by a total of 36 Indigenous youth. Planning is underway for a third camp.

The final highlight of the evening was a compilation video of thank you messages from award recipients. “Those are just a few of the amazing students our donors support,” said Tracy Campbell, Director, Office of Development and Executive Director, The JIBC Foundation after the video, before ending  “Together we are changing lives and enhancing justice and public safety in our communities. Thank you!” 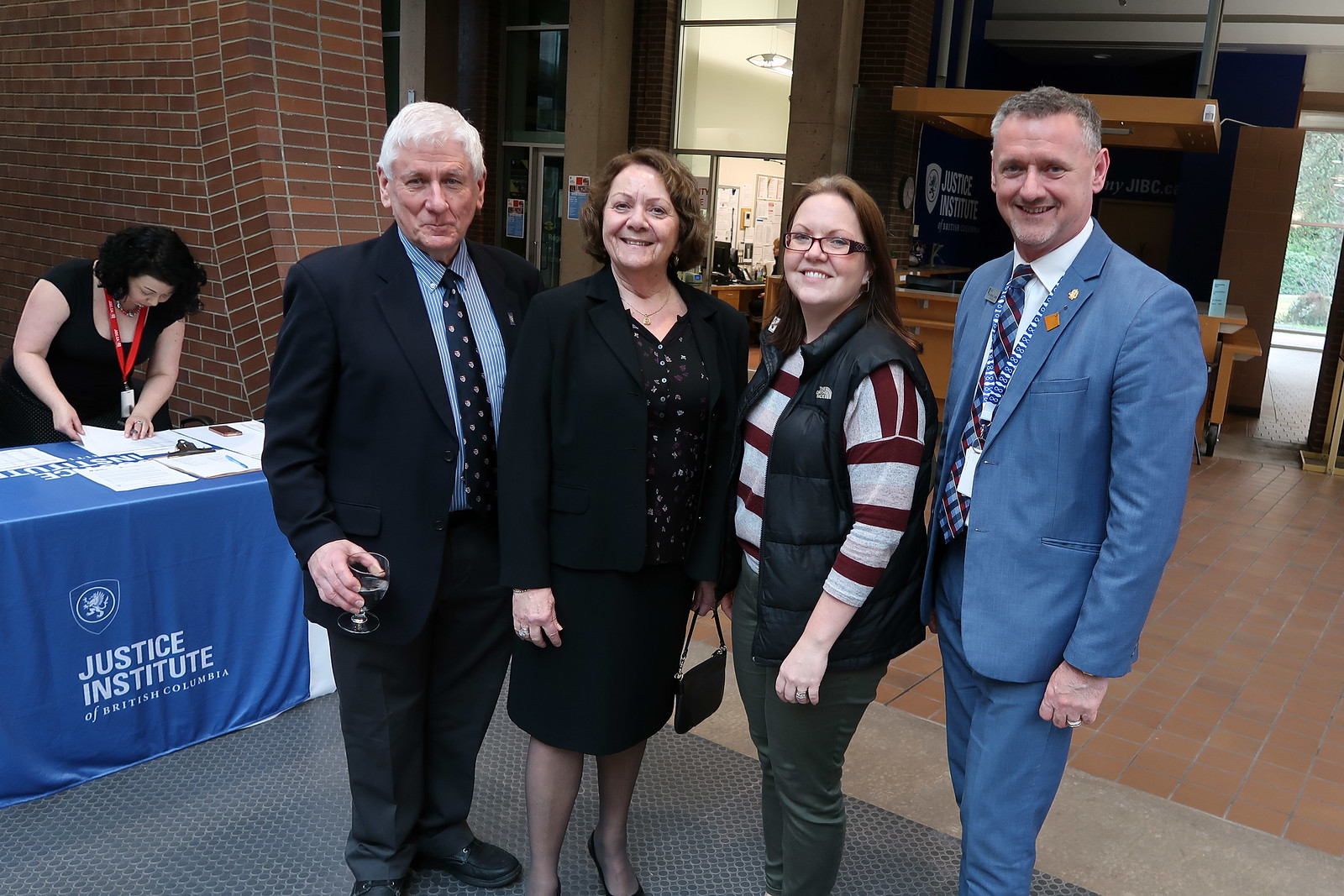 For 25 years, The Justice Institute of British Columbia Foundation (The JIBC Foundation) has inspired giving for important needs that enhance education, training, student learning, and applied research at JIBC. These needs most often include student financial support in the form of awards and bursaries, highly specialized training equipment and technology, and funding for innovative new initiatives. The JIBC Foundation is proud to be building meaningful relationships with communities to support Canada’s leading public safety educator.

ABOUT JUSTICE INSTITUTE OF BRITISH COLUMBIA

Contact Us
Email
communications@jibc.ca
JIBC uses cookies to improve your experience on our site. By continuing to use our site you consent to use our cookies.
LEARN MORE