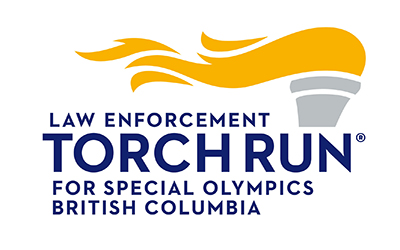 From June 6 to 9, law enforcement members and Special Olympics BC (SOBC) athletes in communities across the Lower Mainland will lace up for the 2017 BC Law Enforcement Torch Run (BC LETR). This inspiring event is a proud BC LETR tradition that raises vital funds and awareness for SOBC.

Police recruits from the Justice Institute of British Columbia (JIBC) will be running a leg of the event in New Westminster, from the JIBC campus to Transit Police headquarters. They will be among Lower Mainland Torch Run participants to carry the Flame of Hope through 18 communities as they promote their message of respect and inclusion for individuals with intellectual disabilities. Approximately 500 law enforcement members and 80 SOBC athletes are expected to take part in this annual four-day run.

“It is amazing to see so many law enforcement agencies come together to support Special Olympics BC,” said Rick Lucy, BC LETR Provincial Director and retired Abbotsford Police Department Deputy Chief Constable. “There is such a great mutual respect between law enforcement members and Special Olympics athletes and it’s wonderful to watch the Lower Mainland Torch Run continue to thrive.”

Photos will be posted daily during the Lower Mainland Torch Run at www.flickr.com/photos/specialolympicsbc/albums

About the Law Enforcement Torch Run

For more than 35 years, law enforcement members throughout the world have supported people with intellectual disabilities through the Law Enforcement Torch Run. The LETR movement has raised more than $3 million in British Columbia since 1990. To date, the LETR has raised more than $600 million for Special Olympics programs around the world. To learn more about the LETR, visit www.specialolympics.bc.ca/letr. Find BC LETR on Twitter @BCLETR.

About Special Olympics BC

Special Olympics BC is dedicated to enriching the lives of individuals with intellectual disabilities through the power and joy of sport. In 57 communities around the province, we provide year-round training and competitive opportunities in 18 different sports to more than 4,600 athletes of all ages and abilities, thanks to the dedicated efforts of over 3,900 volunteers. For more information, please visit www.specialolympics.bc.ca, and find us on Facebook and Instagram @specialolympicsbc and Twitter @sobcsociety.