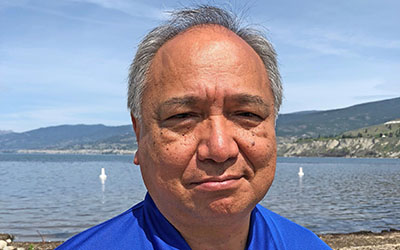 Justice Institute of British Columbia (JIBC) will present a Doctor of Laws degree, honoris causa, to the Honourable Steven Point, a provincial court judge and former BC lieutenant-governor, in recognition of his dedication to public service and his leadership in the Indigenous community.

“As we mark JIBC’s 40th anniversary this year, it is fitting that we also celebrate the accomplishments of a groundbreaking British Columbian,“ said Dr. Michel Tarko, JIBC President and CEO. “Steven Point has exemplified exceptional commitment to serving the people of this province in the field of law and in legal and Indigenous education. His leadership in the Indigenous community was perhaps best demonstrated during his term as lieutenant-governor when he strove to serve as a role model for Indigenous youth, encouraging them to succeed in education while still retaining their cultural identity.”

Between 2007 and 2012, Point served as British Columbia’s 28th lieutenant-governor and was the first Indigenous person appointed to represent the Queen in the province. Prior to that, he served as Chief of the Skowkale First Nation and as Tribal Chair of the Stó:lō Nation and Grand Chief of Stó:lō Tribal Council.

The 2018 Spring Convocation ceremony will be held at the New Westminster campus on June 14 and will recognize approximately 330 graduates who have completed certificates, diplomas and degrees at JIBC.