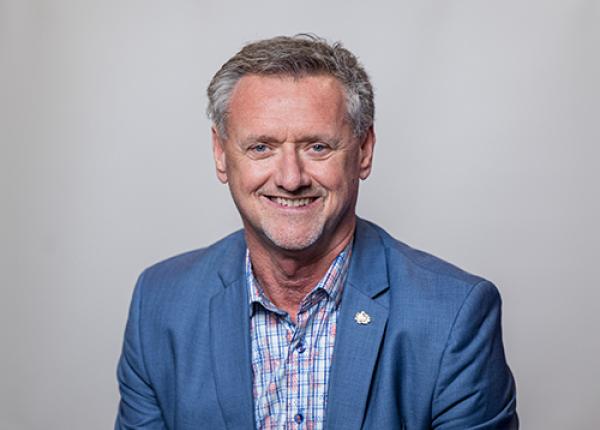 Dr. Michel Tarko was first appointed by the JIBC Board of Governors as President and CEO in October 2012 for a five-year term, was reappointed to a second five-year term in July 2017, and a subsequent third term in July 2021. Dr. Tarko served as JIBC Vice-President, Academic and Provost from 2009 to 2012. From 2005 to 2009 he was Associate Dean and Dean for the Faculty of Health Sciences at Douglas College. Before his roles in academic leadership, he served as a faculty member in the Department of Psychiatric Nursing, Faculty of Health Sciences at Douglas College from 1988 to 2005.

In his role as VP, Academic at JIBC, he led the approval of the Diploma in Health Sciences (Emergency Medical Services) and the Bachelor of Law Enforcement Studies degree. He was also involved in granting graduate certificates in Complex Trauma & Sexual Abuse, Dynamics of Conflict, and Intelligence Analysis and Tactical Criminal Analysis.

As President and CEO, Dr. Tarko has led the development of three consecutive JIBC Strategic Plans since 2010 and the most recent Strategic Plan with the JIBC Board of Governors looking forward to 2027. He has facilitated partnerships between JIBC and other public post-secondary educational institutions in B.C., across Canada and internationally. He aims to create pathways for student and faculty exchanges and applied research initiatives in the context of social justice and public safety. He is also continuing to build relationships and partnerships with business and industry where JIBC can be a solution to priority issues related to community safety and public safety training, education and applied research.

Dr. Tarko earned his Doctor of Philosophy degree (PhD) in Education (Curriculum & Instruction) from the University of British Columbia. He also holds a Bachelor of Arts degree in Criminology from the University of Manitoba, as well as a Diploma in Psychiatric Nursing from the Manitoba School for Psychiatric Nursing. Dr. Tarko earned the Institute of Corporate Directors designation of ICD.D having completed the Directors Education Program through the Rotman School of Management, University of Toronto.