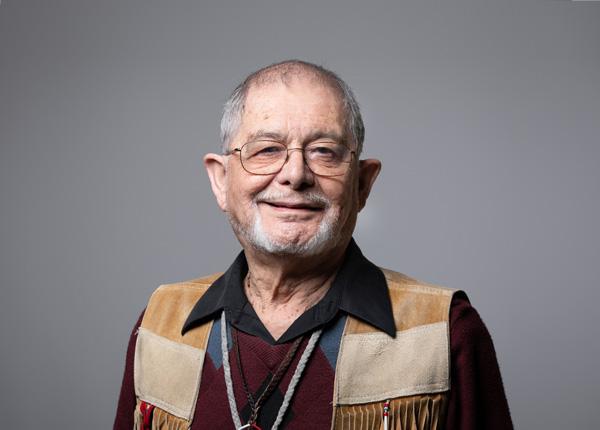 Elder Ken Pruden was born in Tyndall, Manitoba. Ken’s ancestral background is Métis-English, French and Cree. Ken is Past Chair Elder for the Vancouver Métis Community Association and Past Elder for the Vancouver Aboriginal Transformative Justice Circle, Vancouver Friendship Centre and Corrections Services Canada. Ken served 26 years in the RCAF throughout Canada and three years at 2(F) Wing, Crostenquin, in Northern France. Ken currently works for the National Parole Board of Canada as an Elder and as a Cultural Advisor for Fort Langley National Historic Site of Canada. Ken resides in Aldergrove, B.C. with his wife Sandra, and has two children and seven grandchildren.

Ken has a long history with the JIBC, as he has been a member of the Aboriginal Education Advisory Council (AEAC) Justice Institute of British Columbia since its 2002 inception. He was the proud and well-deserved recipient of the 2010 Awards of Excellence “Friend/Associate of the JIBC”. Ken’s kind nature always welcomes knowledge sharing with those that simply ask for his guidance. Ken leads opening ceremony, sharing circles and teaches about traditional medicines, Medicine Wheel teachings and Métis culture and history.